Your stakeholders are the ones who can help you scale your program, obtain more resources, and get more buy-in.

So they should also be involved in the experimentation process.

On the new episode of “It Depends,” Paul and Shiva explain how to cooperate with your stakeholders’ demands without wasting time on unimportant testing.

When it comes to HIPPO testing, there are three things you need to do for your stakeholders:

• Understand the why behind their demands

• Educate along the way

Tip #1: Understand the why behind their demands

“I think one of the things I've struggled with a lot of times is HIPPOs will have this idea of a test and literally draw it out, or just say like, 'Hey, look, this company is doing this, let's test this here.' And they've moved so far in the levels of the execution. When you need to take step, step, step, back it up and be like, why? What are you thinking? Because there's something they really like about this. So it's, why are they testing it? Because the why will help you understand. The execution satisfied them, but you could also start trimming a little bit of it to make it something that's more tailored to the experimentation program,” Shiva said.

HIPPOs don’t always have the technical expertise to know which tests to run. But when they have a strong opinion for a certain test, it’s important to find out why. They may have a unique perspective you haven’t considered.

“Where you want to get to is your CEO or senior stakeholder coming to you with problems and saying, 'We've got an issue here. Please investigate.' That's where everyone wants to go,  and you don't want to fault them for trying to get to that path quicker. If you're too focused on, wow it's a poor execution and other things like that, it's actually going to erode the trust that you're trying to build. So yeah, I would say, maybe if you're very new in the relationship, if they've got it designed up, explain the processes and understand it and try and always go to that why? But don't die on the first hill of blocking it, because ultimately, you're trying to build a relationship,” Paul said.

Communicating well with your stakeholder requires a certain element of trust. It’s important to build that trust by giving their ideas strong consideration instead of immediately trying to shoot them down.

Tip #3: Educate along the way

“When you think about HIPPOs, sometimes there are truly those who have this personality trait that they can never be wrong, and that's something that is just hard to get over. People are going to be who they want to be. But I do think there is an opportunity to use education along that way,” Shiva said.

For a good long-term working relationship with your stakeholders, you have to educate them as you go. If they know what you’re doing and why you’re doing it, they’ll be able to better contribute to the testing.

HIPPO testing is an important part of the experimentation phase, but you have to be cooperative with your partners if you want to make the most of it. 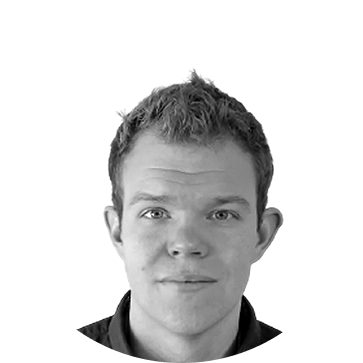 Can You Run Multiple A/B Tests at the Same Time?

The True Role of Experimentation